Cakeflair at the Wow fair 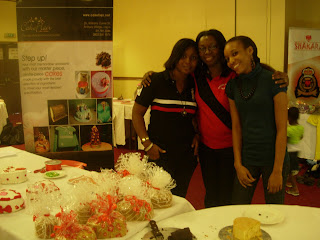 The wow fair was a fun filled two day event which took place on the mainland (Sheraton hotel and towers)and Island (Oriental hotel Lekki 1) respectively. Eku Edewor and Dolapo Oni of studio 53 graced the event. Yes you heard me studio 53 was at the event and not just studio 53 but 234next, GEM publications and host of others. It was totally star studded with the likes of Ibiyemi, Kaboom, Rooftop MCs, MoCheddah and Onas.
Cakeflair also graced the event, I mean what’s an event without Cakeflair. We came in with the yummiest sponge and chocolate cakes people have ever tasted. Everyone that had a taste of our heart of chocolate cake was hooked. Need I say it was a huge hit? Our strategy was to give them a taste and get them hooked and hooked they were. Eku Edewor came for a second serving of our chocolate cake Dolapo on the other hand was reluctant to have a taste but when she eventually did her eyes lit up. We had people drooling on our table. We let them taste and got them hooked. Yep! That was our strategy and it worked! 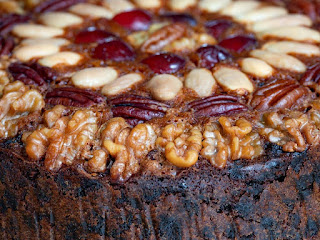 Are you a fruit cake cynic because: 1. it  stresses you out  soaking the fruits for so many days ahead? 2. you want to avoid that alcoholic taste ? 3.  you want to bake it to a moist texture with a nice tender crumb? 4. you want it to last a longer time? This online class session will show you how to easily make the best fruit cake in the world !  sign up to my online class by clicking this link:  LEARN FRUITCAKE 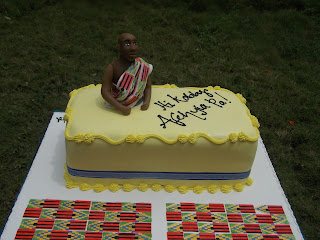 No doubt, I’m an authentic Nigerian and very proud of my national heritage (Eyelashes!) and with my keen Nigerian eye, I truly celebrate the brilliance of popular Ghanaian alter-ego – “The Kente “. I had the utmost pleasure crafting this quintessential kente couture cake. I was inspired by Akofa, the celebrant’s wife – her heart-warming love for anything Ghanaian. Almost impossible to let the opportunity pass me by! Yes, a great opportunity to acknowledge Mr Kobby Bentsi-Enchill , a refreshing taskmaster of excellence whose clinical insights tipped Cakeflair Ltd into making that critical transition from passionate home baking to rising 5-star sugarcraft enterprise. Exhilarating! I celebrate your spirit of excellence sir… …Enjoy your cake! 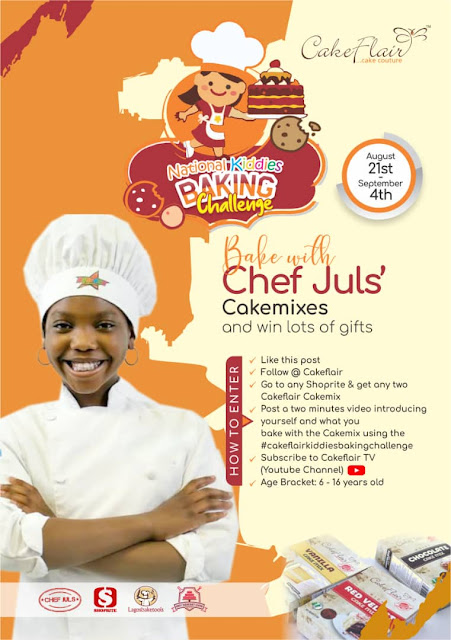 ITS GIVEAWAY TIME! We have teamed up with great brands in the sugarcraft space to organize a National Kiddies Baking Competition. The star lucky winner will receive electric mixers, a set of baking tools (courtesy of @lagosbaketools) . A signed copy of Chef Juls recipe book; A specialty-themed Birthday Cake by Cakeflair; and A Pack of  story books will be given out. Other exciting consolation prices will be given to other lucky winners who will make the top-ten list with prizes  To enter, contestants will: • Like this post • Follow @Cakeflair on Instagram • Go to any shoprite store near you and get, at least, two cake mix products made by Cakeflair. • Post a 2-minute video introducing yourself and what you baked with the cakemix, using the hashtag #cakeflairkiddiesbakingchallenge #chefjulscakemix. • Subscribe to Cakeflair TV (Youtube channel - link in my bio) • Age bracket: 6 -16 years old. How to win: • Invite your friends and followers to like your video and follow @c